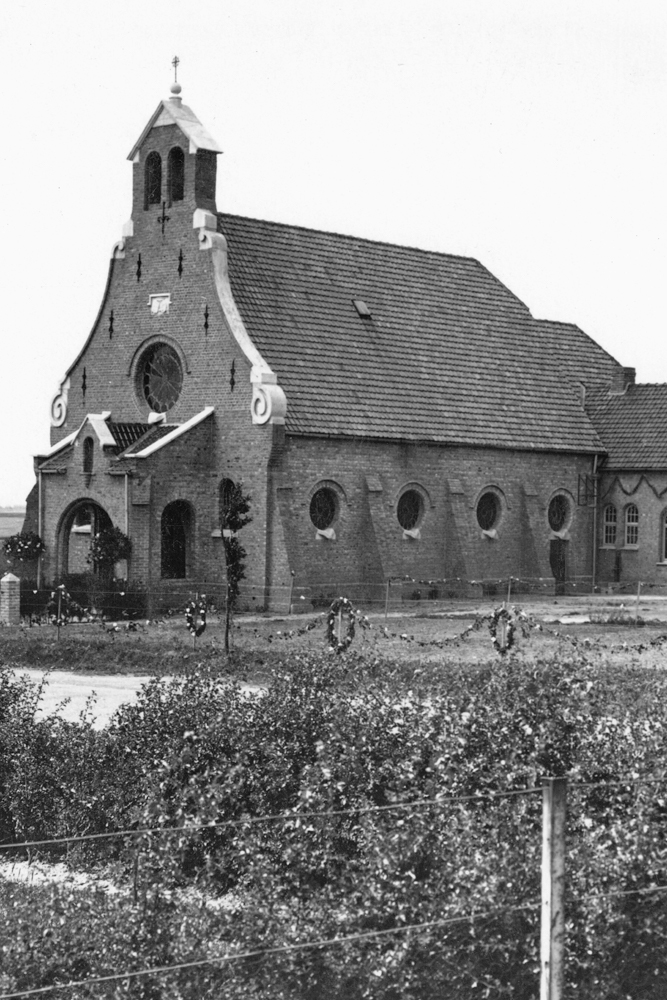 A historical site... The Hooge Crater Museum is located on one of the most gruesome sites of the British front in the Ypres Salient during the First World War.

Hooge was already heavily besieged during the First Battle of Ypres in the autumn of 1914. In the period between spring and autumn of 1915 the name Hooge rarely disappeared from the newspapers and for a long time it was one of the places most feared by the British soldier. It was on this higher ground that soldiers on the Western Front first faced the horrors of mines, gas and flamethrowers.
By the summer of 1915, the British position around Hooge had already become shaky. The Germans had an unobstructed view of the British front line from here.
With a limited but targeted attack the British tried to eliminate this fortified German position. On 19 July 1915, this resulted in a mine explosion prepared by the Royal Engineers' specialist Tunnelling Companies. The result was a deep crater known as 'Hooge Crater', located a few metres from the present museum. This crater unfortunately no longer exists, but has been symbolically reconstructed in the Hooge Crater military cemetery, located directly opposite the museum. The cemetery is a silent witness and a permanent reminder of the heavy fighting that raged here for four years. 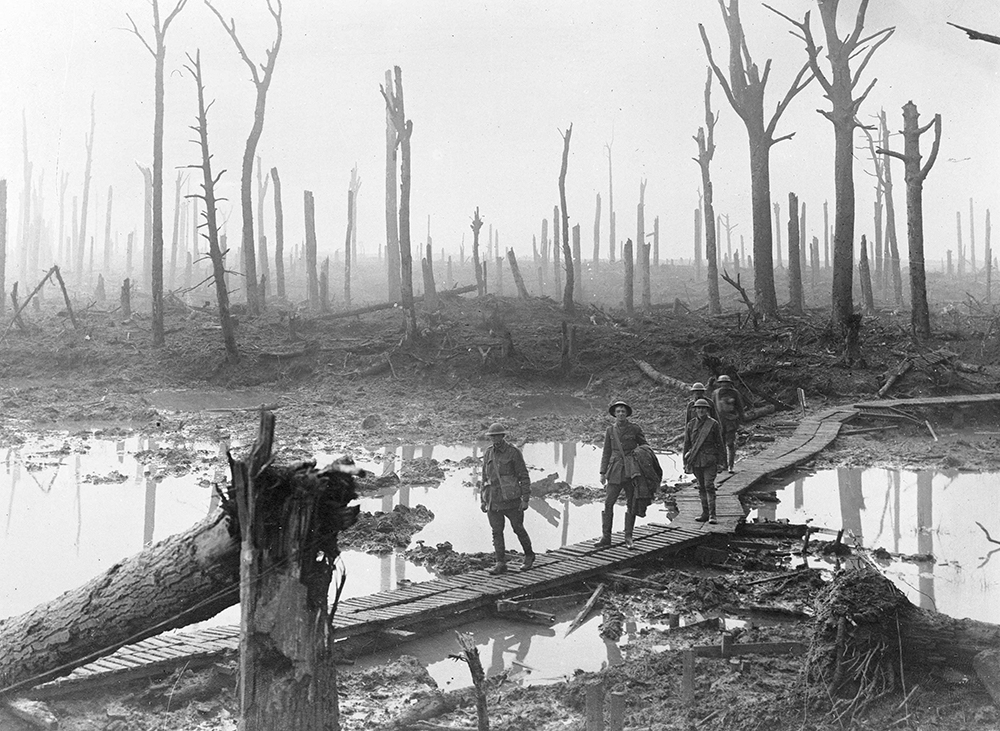 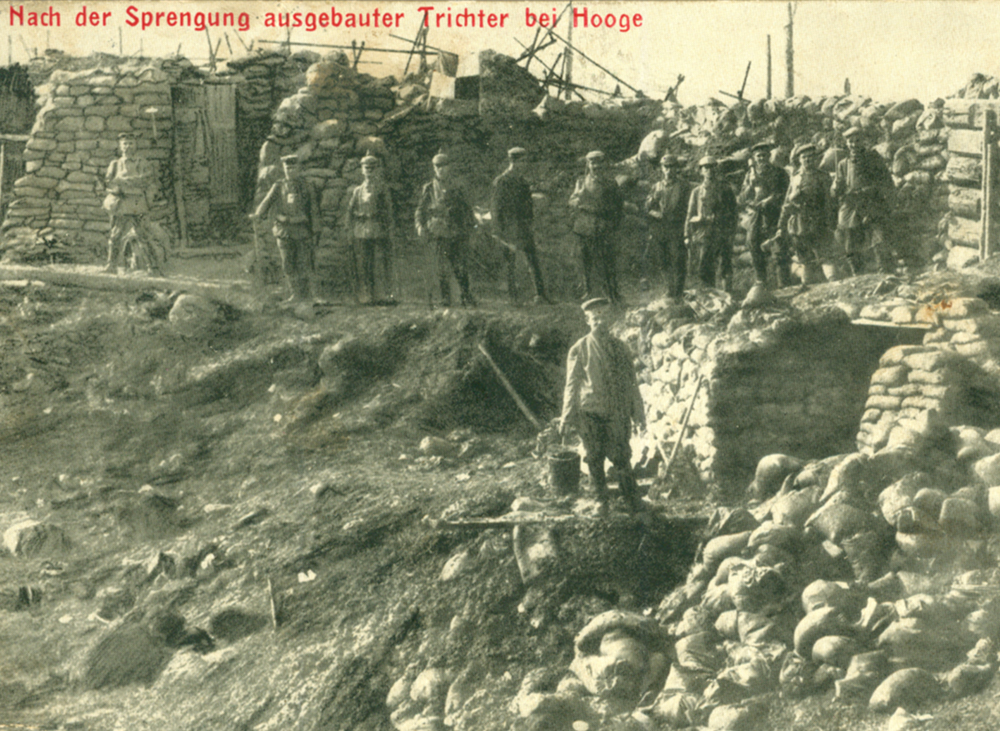 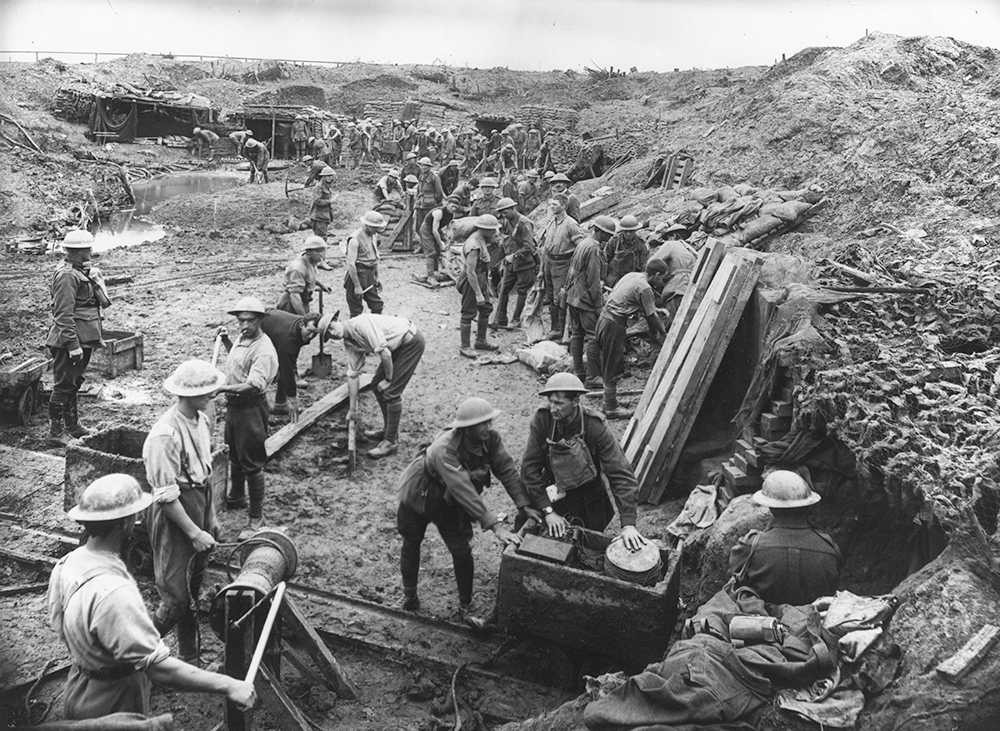 The hamlet of Hooge came into being because the many employees who worked at the chateau (50 metres from the current museum) wanted to live in the immediate vicinity of their work. Shops, inns and a school were built in the hamlet.

Hooge Chateau was first mentioned in history books in the year 1317. In 1851, the De Vinck family from Antwerp became the new owners of the castle and surrounding lands through marriage. It is Baron Gaston de Vinck who had the chapel (now the current museum) built in 1927 to replace a barrack chapel. Above the large round window at the front of the chapel, you can still see the coat of arms of the De Vinck family, consisting of 5 birds (finches). The chapel and sacristy were built onto the existing school. The small outbuilding with 5 toilets next to the terrace is still a remnant of days gone by on the playground. It now houses the Touristic Entry Point East, where you can discover the Ypres Salient.

Teaching stopped in the late 1970s due to a shortage of pupils, and church services ended in 1989. In 1992 the De Smul family bought the buildings. They proudly opened the Hooge Crater Museum in collaboration with Philippe Oosterlinck at Easter 1994.

Since January 2009, Niek and Ilse Benoot-Watteyne are the proud owners, and through the expansion of the museum and the acquisition of new collections, they keep Hooge's history alive for future generations. 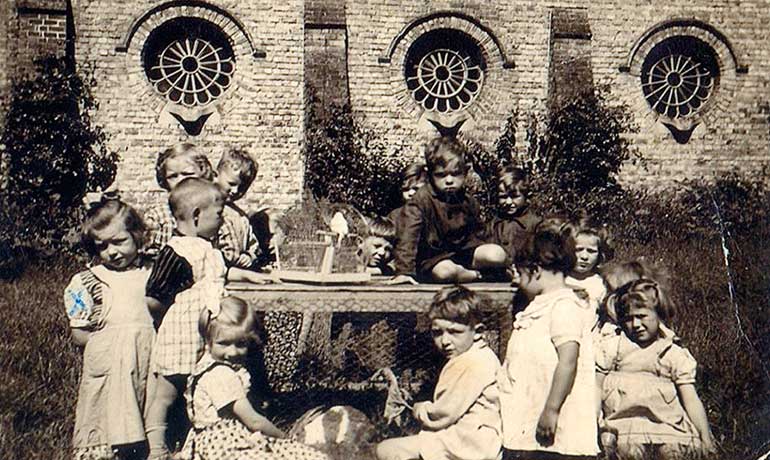 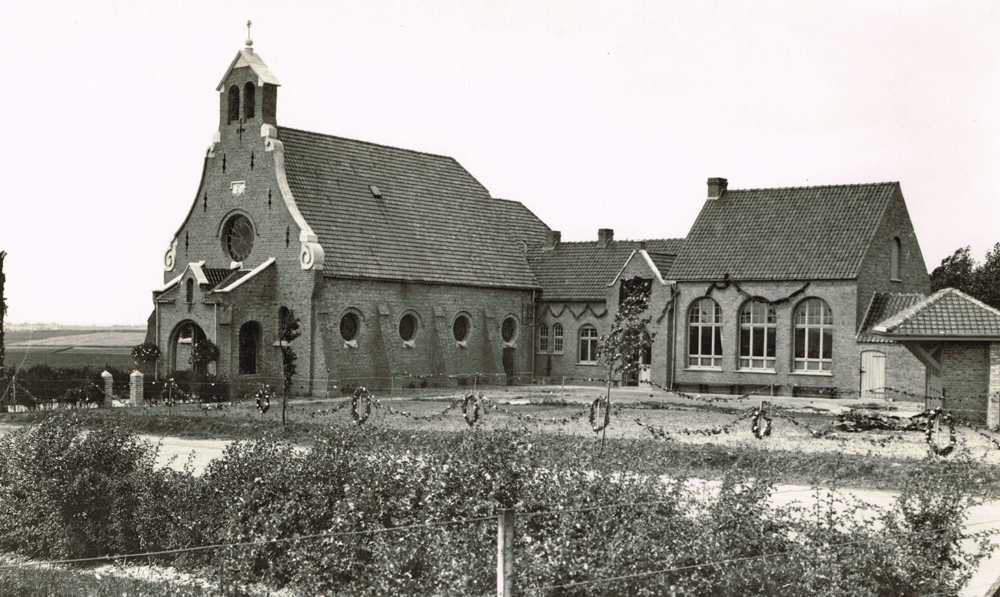 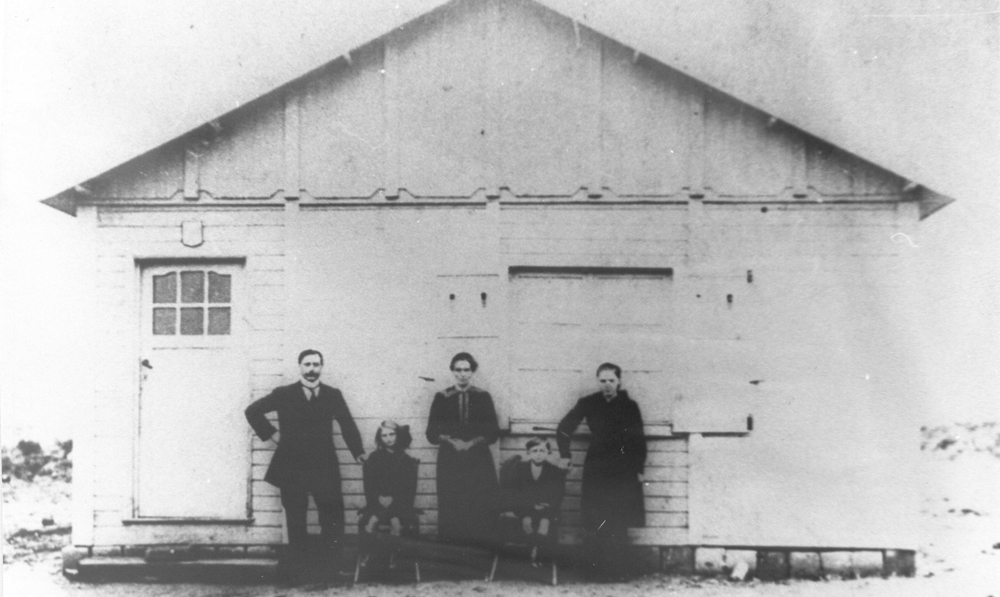