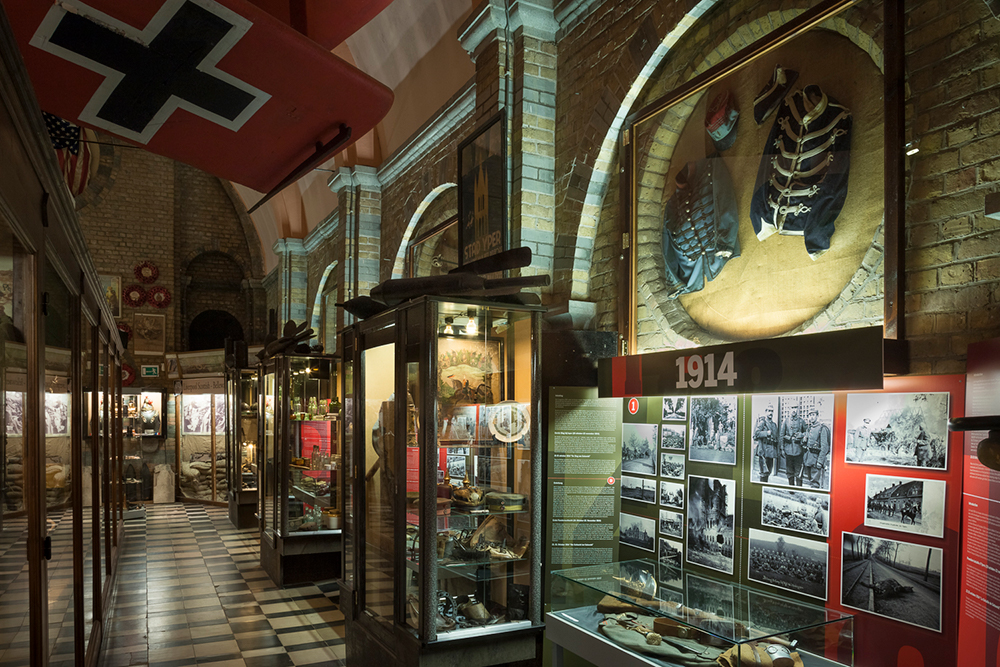 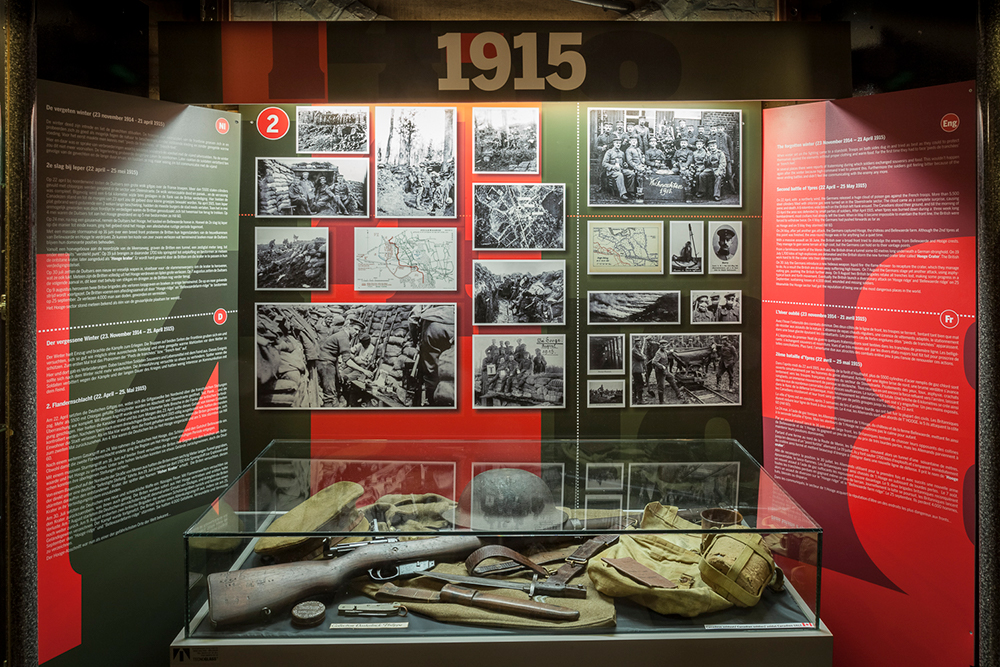 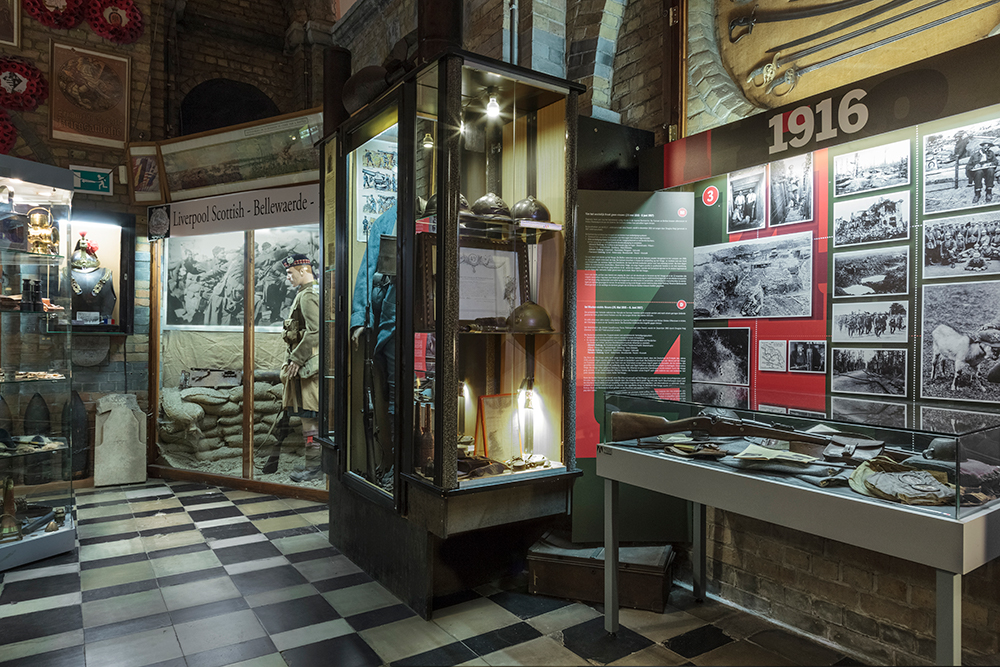 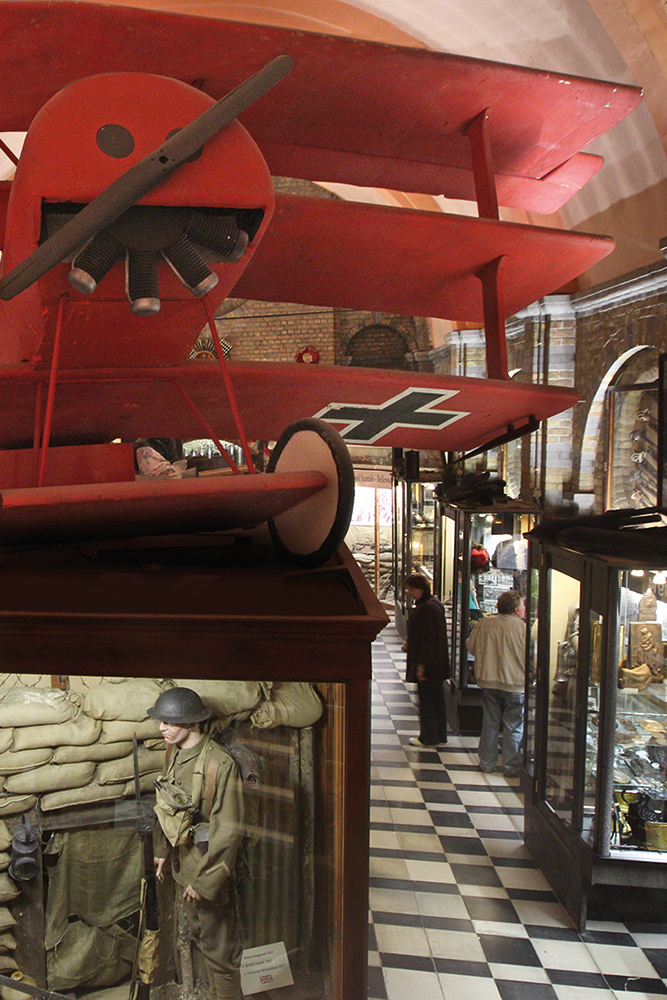 The War Museum houses collections of two people: curator Niek Benoot and Philippe Oosterlinck, a passionate collector of war material from the First World War. The complementary collections comprise, on the one hand, the very extensive weaponry and, on the other hand, the uniforms and equipment of all the armies that took part in the four-year battle. In glass cabinets, rare military garments of the troops that fought in the Ypres Salient are displayed. Life during the First World War is also depicted as true to life as possible with the help of life-size scenes. They range from life in German bunkers and British trenches to life-size horses ridden by cavalry troops.

In order to keep an overview, the weapons and other material are carefully arranged by country and army, with explanations in four languages. Since a few years there is also an exhibition with various material excavated by The Diggers in the Yorshire Trench in Boezinge, one of the found trenches is on display in the museum.

The new section, built in 2012, is tailored to groups, and the film room offers a unique view of the battlefields around Hooge and the Ypres Salient. This exhibition was nominated for the heritage award of the province of West Flanders.

With an original Ford T ambulance from 1916 and a replica of a Fokker DR1, the Hooge Crater museum is absolutely able to immerse you in the life of a soldier at the front. 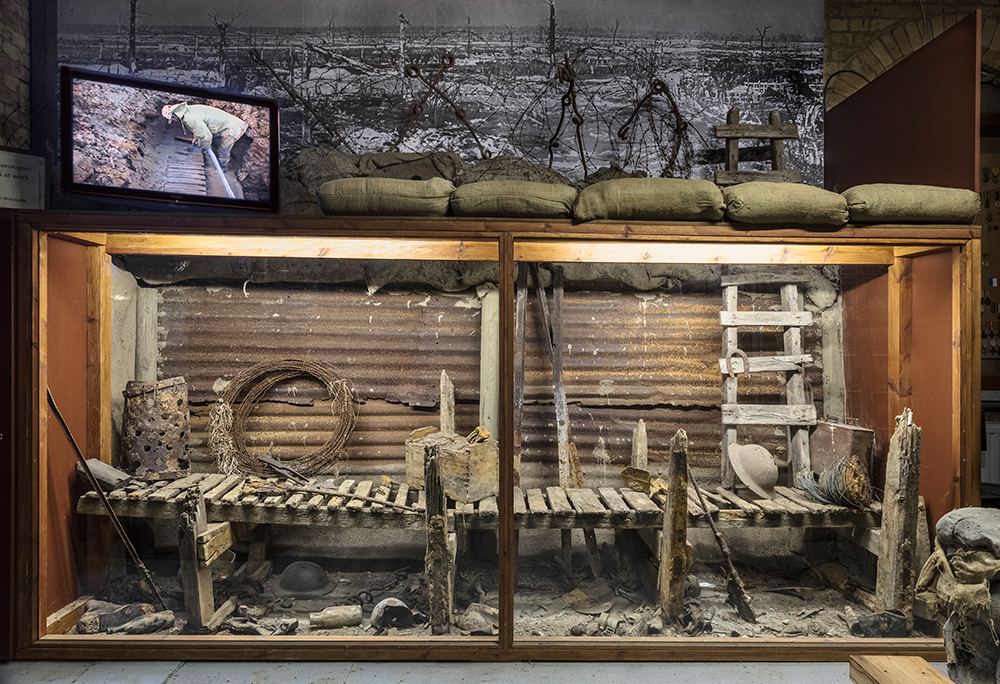 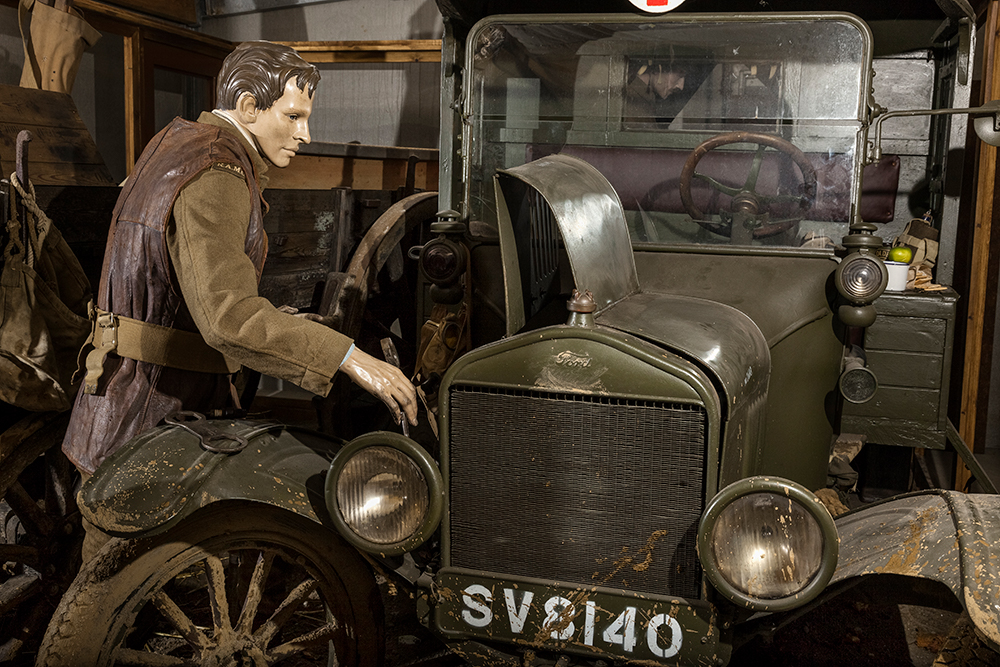 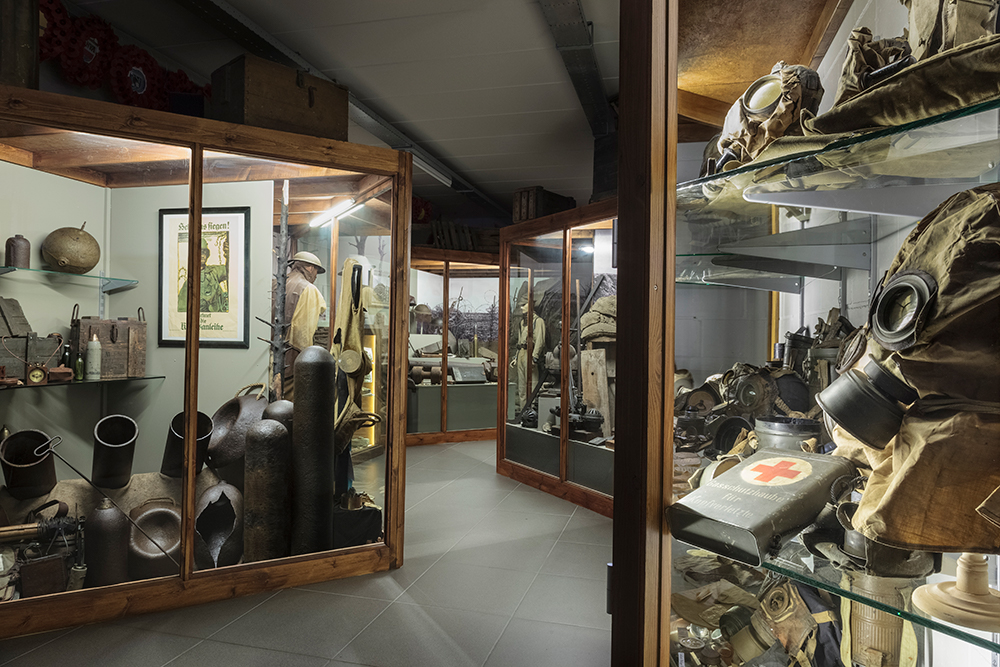